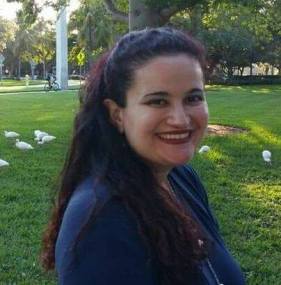 Dr. Luciana C. de Oliveira is Associate Dean for Academic Affairs and Professor at Virginia Commonwealth University. She was Professor in the Department of Teaching and Learning at the University of Miami in Miami, Florida and served as Chair of the Department of Teaching and Learning from 2016 until 2020. Her research focuses on issues related to teaching emergent to advanced bilinguals (EABs) at the K-12 level, including the role of language in learning the content areas and teacher education, advocacy, and social justice. Currently, Dr. de Oliveira’s research examines scaffolding in elementary classrooms.

Dr. de Oliveira has over 20 years of teaching experience in the field of TESOL and was an elected board member for the TESOL International Association (2013-2016) before being elected President. Dr. de Oliveira is currently Past President (2019-2020) of TESOL International Association. She was the first Latina to ever serve as President (2018-2019) of TESOL.

She earned her Ph.D. in Education with a specialization in Language, Literacy, and Culture and an additional specialization in Second Language Acquisition from the University of California, Davis, in 2006. She earned her M.A. in English with an emphasis in TESOL at California State University, East Bay, and B.A. in English and Brazilian Portuguese and teaching credential in secondary English from São Paulo State University in Brazil. Prior to coming to UM, Dr. de Oliveira was an Associate Professor and Coordinator of the MA TESOL in K-12 program at Teachers College, Columbia University and prior to that she was an Associate Professor of Literacy and Language Education with a focus on TESOL at Purdue University, where she developed and directed the English Language Learning licensure program.

Dr. de Oliveira has authored, co-authored, edited, or co-edited 24 books and has several others under contract or in review and has over 200 publications in various outlets, including refereed journal articles and book chapters. Among many awards and honors, she was the recipient of the Mid-Career Award (2017) by the Second Language Research special interest group and the Early Career Award (2012) by the Bilingual Education Research special interest group of AERA.